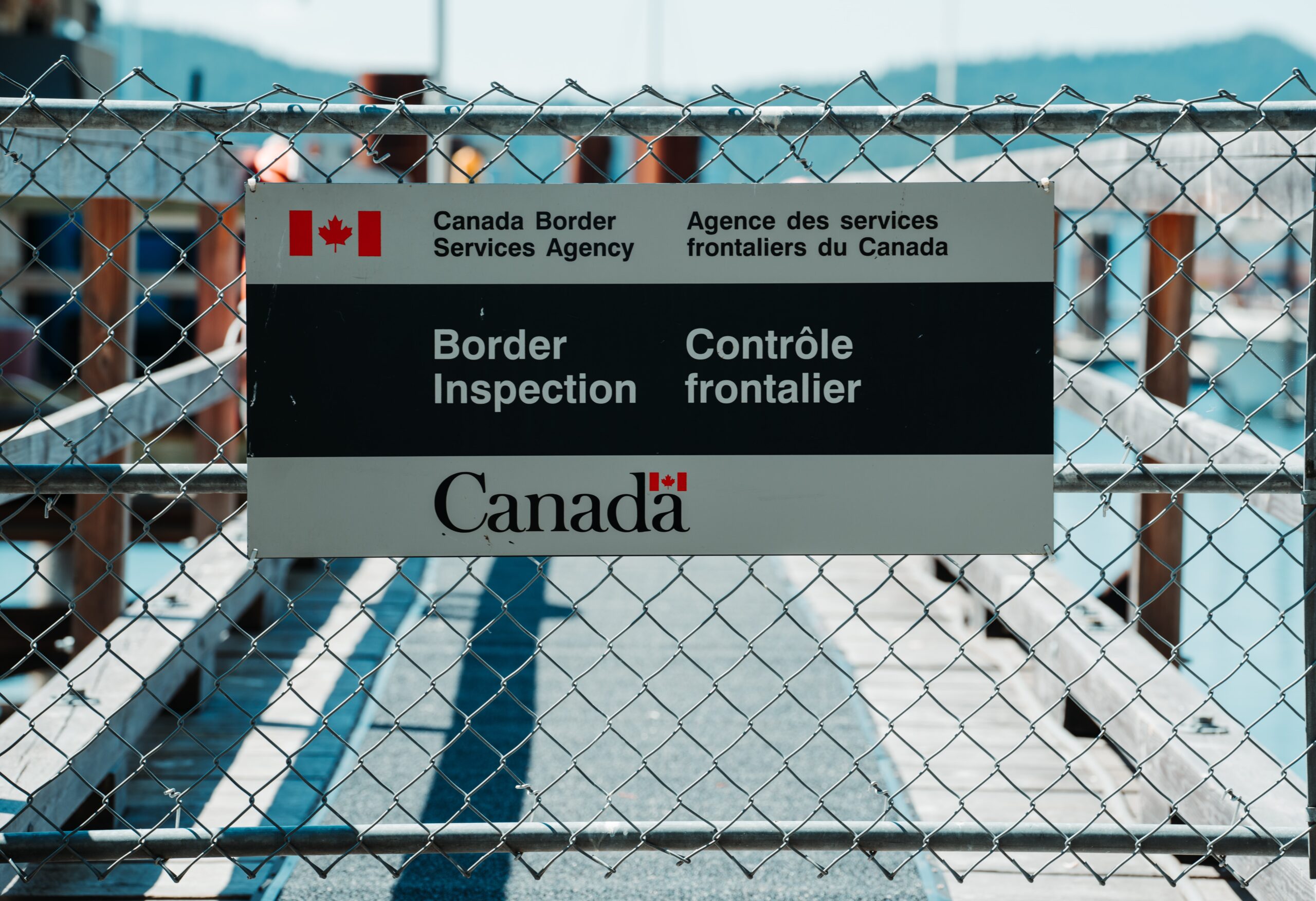 Scrap the App or Expand the App?

Over 270,000 travellers by air, land, rail, and sea arrive in Canada every day. All travellers, with very little exception, are required to use ArriveCAN prior to arrival in Canada.

Born out of the “Border Modernization” efforts to digitize the border, ArriveCAN was made mandatory to all travellers by February 2021 with the purpose to collect traveller contact and travel information, track vaccination status, and identify those who needed to quarantine in the midst of Covid-19. Newer updates to the app have been designed with focus on efficiency of border crossing rather than public health measures.

Consequences for travellers who intentionally do not use ArriveCAN nor have a right of entry, include being denied boarding if arriving by air or cruise ship, denied entry into Canada if crossing at land, rail, or sea borders. Canadian citizens, permanent residents, persons under the Indian Act, and foreign nationals aware of ArriveCAN and eligible to enter Canada (with a valid entry exemption such as foreign work, study, or compassionate grounds) will still be able to enter Canada but will not be eligible for the one-time exemption.

Non-compliant travellers may be required to quarantine, complete an arrival and Day-8 COVID test, face additional delays at the border for public health questioning, fined up to $5000, or subject to enforcement action.

Many have spoken out against ArriveCAN’s growing list of problems. As the world slowly transitions out of Covid-19 travel restrictions, its continued enforcement has raised more calls to “scrap the app” from Members of Parliament and citizens alike. Critics argue that the app has overstayed its welcome, citing privacy concerns, contribution to further delays, and using valuable Canada Border Service Agency (CBSA) resources to enforce the repetitive collection of information that has already been supplied to airlines and kiosks.

The animosity towards ArriveCAN is primarily because it is a nuisance to complete when you are outside of Canada.  Not everyone travels with an electronic device and is comfortable with technology. Take, for example, an 80-year-old snowbird who prefers a landline to a mobile cell phone and attends in person at the bank than using a computer for online banking.   Travelling is generally stressful without adding a further requirement that has significant monetary penalties for failure to comply. The ArriveCAN discouraged many from travelling. To add to the misery is that the ArriveCAN has had many glitches, leaving people unable to submit prior to their flight the necessary information and/or being mislabeled as someone that has to quarantine when they were clearly exempted from quarantine on entry.

The ArriveCAN information is also duplication, when airlines are already checking if persons are fully vaccinated and or exempt from vaccination prior to boarding and screening for covid symptoms.  Airlines have passenger manifests with passenger names for contacting people if necessary. Upon arrival, there is further duplication when passengers have to answer covid screening questions at a primary kiosk. This is contributing to the delays upon arrival and the need to hold passengers on flights until there is room in the customs hall.  Furthermore, those that have not completed the ArriveCAN are held up by CBSA officers taking these officers away from the primary role of facilitating the entry of visitors and returning Canadians and Permanent Residents or enforcing serious customs and immigration violations. This is a colossal waste of resources as they flex their authoritative muscles and issue fines to travellers. All of this slows down the process on entry and contributes to persons not being at the baggage carrousels when their luggage arrives and then the luggage is pulled off and set aside on the floor, making it hard to locate when the travellers eventually get to the baggage hall.

In May 2022, the CBSA began quietly offering one-time quarantine, testing, and fine exemptions to fully vaccinated Canadian citizens, permanent residents, and persons under the Indian Act with a right of entry that failed to complete ArriveCAN on the condition that they were unaware of ArriveCAN requirements at land borders only.

By July 29, 2022, the CSBA extended the one-time exemptions to vaccinated foreign nationals who were unaware of ArriveCAN requirements. From May 24 to Aug. 4, 308,800 of 5,086,187 land border travellers with a right of entry were exempted at land port of entries. Perhaps this exemption was in response to the criticism, but why not just scrap it?

As of August 3, 2022, Border Modernization has included the optional ability for travellers to submit an Advance CBSA Declaration (a customs and immigration declaration) up to 72 hours in advance of flying into Canada, facilitating faster border crossing. Apparently, this allows travellers to spend less time at the primary inspection Kiosks or new eGates (Toronto Pearson Airport only).  This option is currently only available to Toronto Pearson International Airport (YYZ) Terminals 1 and 3. Too bad no one has heard of this option.  I just came back from overseas and didn’t know about this and didn’t even realize when I completed the ArriveCAN that this was an option.

What is the continued benefit of ArriveCAN that the airlines or regular custom screening are not already providing?  If the government is serious about wanting to keep the ArriveCAN, then it should not be mandatory and travellers need to have the option not to complete it or to undergo screening when they arrive.  The government could at the same time expand the questions to cover all screening questions, including the customs and immigration questions that are asked upon arrival by primary kiosk machines and CBSA officers, and scrap all screening when you arrive in Canada, except those randomly selected for integrity purposes or those that chose not to use the ArriveCAN who require or want in-person screening. Those that used the ArriveCAN and must be referred to secondary customs or immigration could then be immediately directed to these areas upon arrival and by-pass the primary lines completely, saving them time and CBSA officers’ time.  Others that used the ArriveCAN could advance to the baggage hall unless randomly selected for integrity purposes for a secondary examination.  There could be fines for failure to make a truthful declaration or the privilege of using the ArriveCAN could be taken away, similar to a NEXUS cardholder. Given the choice, I suspect that the public would then embrace an expanded ArriveCAN app if it meant they could in most instances either opt to avoid all screening upon arrival or choose to have an in-person screening. The power of choice might extinguish calls to Scrap the App.

(Don’t go) ape over the Atlantic Immigration Program
Fraud in Canadian immigration: The unauthorized practice of law and broken dreams