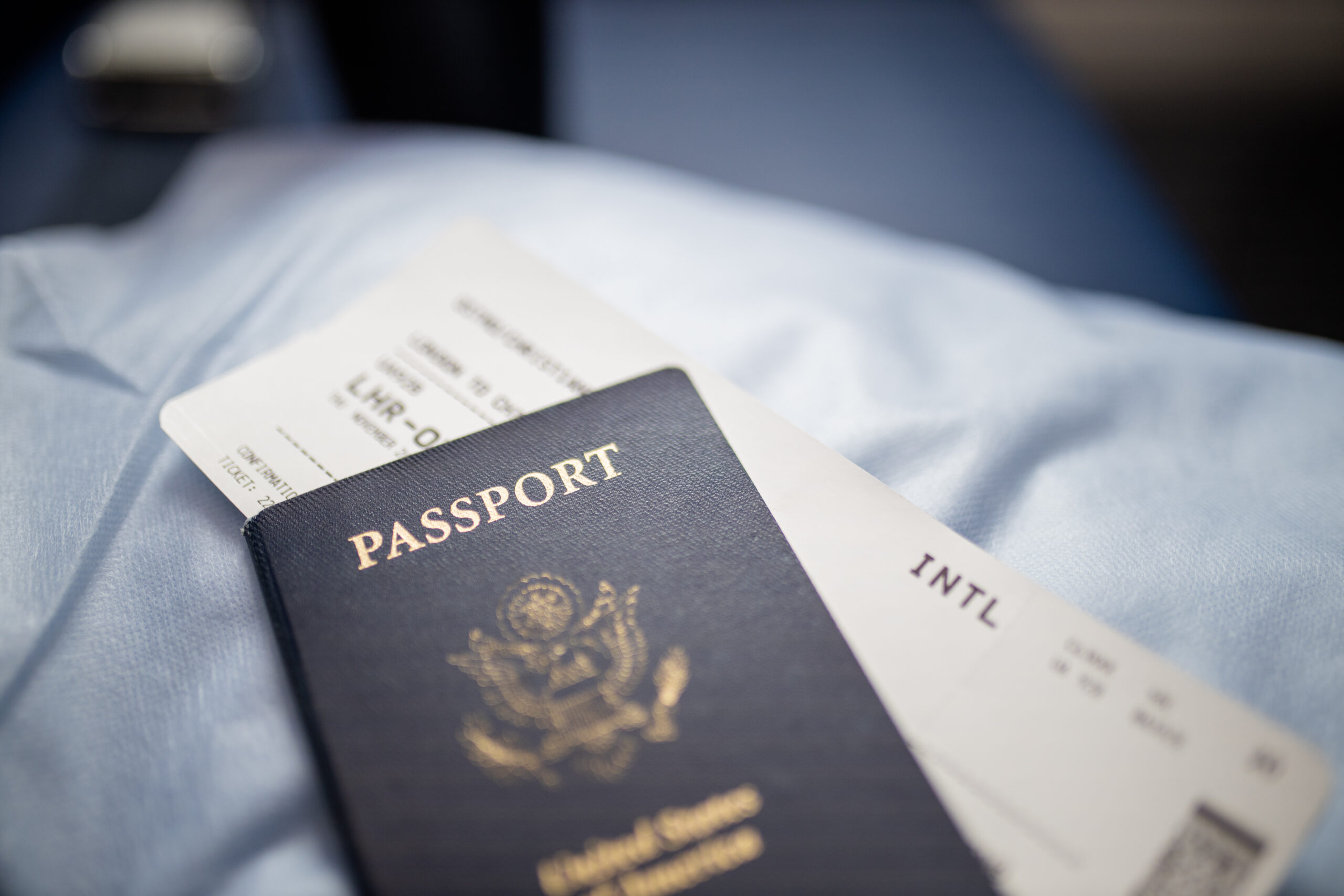 This article examines legal developments following the Federal Court of Appeal’s landmark judgment in Galindo Camayo in March of this year.

Refugee protection requires not only that the refugee face an objective risk of persecution, but also a broken relationship with their country of nationality (CON). When a refugee depends on their former CON after getting Canada’s protection, this is called “reavailment”, and Canada may see it as a sign the refugee reconciled with their CON and no longer qualifies for protection – even if the objective risk persists.

The acts most commonly presumed to show restored trust are:

Cessation based on reavailment has severe consequences in Canada. Since 2012, the former refugee not only loses protection, but also becomes inadmissible – meaning they must leave Canada and cannot return through normal immigration programs. Their options to fix/overcome their inadmissibility are limited for at least one year (unless life-threatening medical needs or children are involved). Nor can the refugee ever make a new refugee claim.

However, international and domestic law agree that an act can only count as reavailment if the refugee:

If the refugee can show their act(s) did not meet all three criteria, then they did not reavail.

In the late 2010s, Canada started taking a harsher view of these criteria. In 2017, fewer than half of cessation cases before Canada’s Immigration and Refugee Board (IRB) actually resulted in loss of protection. But in 2020, the IRB ceased protection in 95% of cases, with a slight drop to 88% in 2021.[3]

Ms. Galindo received Canada’s protection as a child based on threats to her mother. She later became a permanent resident. Between the ages of 17 and 21, she returned to her CON five times – mostly to see her ill father, but also to help impoverished children. Ms. Galindo’s father arranged for private security to protect against physical dangers, but Ms. Galindo was unaware her travel could endanger her status.

In 2017, the Canada Border Services Agency (CBSA) filed to cease Ms. Galindo’s protection. She learned about the diplomatic conventions around passports/travel for the first time, and never travelled to her CON again. Still, the IRB found that she had reavailed. The IRB said her purpose of travel was insufficiently necessary or compelling, that her “[i]gnorance of the law is not a valid argument”, and that her recognition of danger by hiring security guards showed intent to reavail.[4]

In March 2022, the Federal Court of Appeal (FCA) found that the IRB made a mistake. Intent to reavail is about what the refugee actually, subjectively intended in their mind. The question is: did they genuinely seek to entrust their interests to the CON’s protection when they acted? To find an answer, the IRB needed to look at what Ms. Galindo thought her actions would mean for her relationships to Canada and her CON – correctly or incorrectly. This knowledge/ignorance had something important to say about what she actually intended, and who she actually trusted.

Instead, the IRB only asked what Ms. Galindo objectively “should have known” while ignoring what “she did subjectively intend”. The IRB got sidetracked with “whether the motive for travel was necessary or justified” when the true question was whether Ms. Galindo as an individual acted upon ”confidence in the ability of the state to protect her”. For example, the IRB ignored how hiring private security showed Ms. Galindo did not trust the CON’s police to protect her. The IRB thereby misunderstood intent to reavail, and conflated it with voluntariness.[5]

Trends at the IRB and Federal Court Since the FCA Judgment

Although the FCA published its judgment in March 2022,  the IRB still ceased protection in 356 of the 423 cessation cases (84%) between January and September 2022 (compared to 88% in 2021).[9]  Several colleagues have told me anecdotally that many new IRB cessation decisions do note the FCA judgement, but misinterpretits content and reproduce errors that the FCA condemned.

One potential explanation is the IRB’s outdated legal resources. While the IRB publishes refugee law reference materials for its members, its chapter on cessation was never updated after the FCA judgment. The chapter still references only the outdated lower court judgement – and even then, without mentioning its holdings on intent to reavail. This is unacceptable – especially because the Federal Court has been consistently upholding the FCA principles.[10]

Indeed, the Federal Court this year has both set aside IRB decisions that ceased protection without regard for subjective intent,[11] and protected IRB decisions that preserved protection on the basis of subjective intent.[12]  It affirmed the Galindo Camayo factors are the “minimum” considerations – not mere suggestions – and “all” of them (not just most) must be apprehended and addressed in the IRB’s analysis.[13] Further, the IRB must explicitly connect the Galindo Camayo factors to the relevant evidence.[14]

This does not mean the IRB will always defer to the refugee’s testimony. The IRB can disbelieve a refugee’s account of their intent/knowledge if they contradict themselves, or if their other actions/statements speak louder.[15] If the IRB completes an individualized analysis that reasonably incorporates all evidence of the Galindo Camayo factors, the IRB may still find the refugee had subjective intent to reavail.[16]

The IRB must update its internal and external publications to reflect an accurate, complete, and current account of cessation jurisprudence. IRB members use these resources to make decisions about human lives. The public must have confidence that they are properly equipped.

The CBSA officers and managers who first refer cessation cases to the IRB for hearings should also benefit from updated legal training.[17]

For refugees and their counsel, these trends underscore how critical it is to take seriously the FCA’s emphasis on the “submissions of the parties”. If the refugee provides little evidence or testimony related to a Galindo Camayo factor, the IRB may not have to address that factor.[18] Similarly, on judicial review, the refugee needs to explicitly identify points of friction between the IRB’s subjective intent analysis and Galindo Camayo, or else the Court may decline to consider possible errors around intent to reavail.[19] Invoking Galindo Camayo can persuade IRB members to preserve refugee protection (see TC1-12345) – but only if done thoughtfully.

In addition, the IRB and CBSA should implement a standard practice to inform new refugees that they cannot renew their passports, and should travel using a Canadian refugee travel document instead. Currently, no such practice exists. Many cessation cases begin with a refugee renewing their passport for documentary purposes without knowingthe reavailment risk, or that there is an alternative Canadian document. CBSA even returns old passports to refugees when they become permanent residents of Canada, but without mentioning reavailment. A simple standard warning could save refugees and Canada the headache of expensive cessation proceedings.

Cessation hearings are high stakes proceedings, and attention to principle and respect for the courts must continue to be the focus for all involved.

[1] Many people find this counterintuitive. However, under diplomatic convention, presenting your passport is treated as a declaration that you trust the issuing country to answer for you or come help you if something goes wrong while you travel.

[2] Save for Din v. Canada (M.C.I.), 2019 FC 425, URL: https://canlii.ca/t/hzn0j, the case law tends to affirm that “actual protection” does not require actual safety, and that successful receipt/use of the passport or entry to the territory of the CON is enough.

[10] “Chapter 12 – Applications to Cease Refugee Protection” in  Interpretation of Convention Refugee and Person in Need of Protection in the Case Law (Immigration and Refugee Board Legal Services, 2021-12-15), URL: https://irb.gc.ca/en/legal-policy/legal-concepts/Pages/RefDef12.aspx.

CBSA Announces Some NEXUS Centres are Reopening: Assessing the Pros and Cons of the Program
CILA 2022 In Review: In Conversation with the CILA Steering Committee