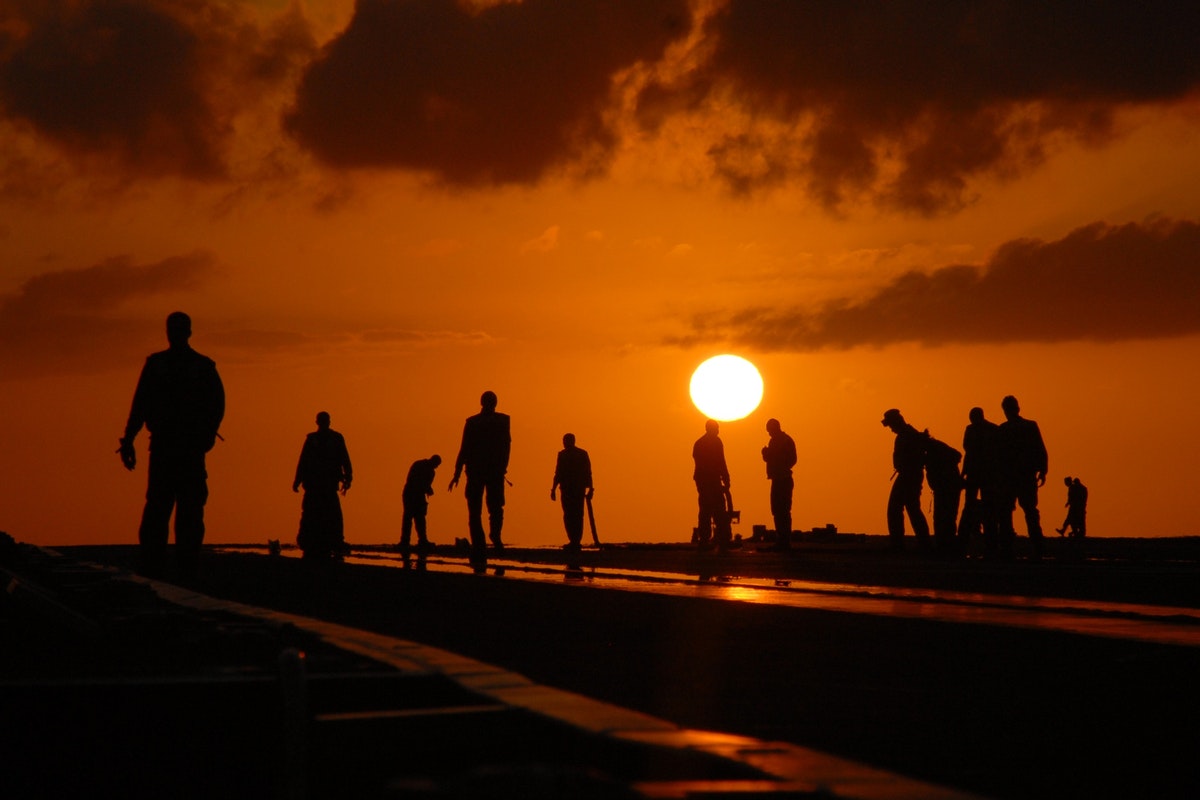 What should Canada do about undocumented immigrants?

A demonstration recently organized by The Migrant Rights Network of Toronto called on the federal government to grant citizenship to what they said were an estimated 1.6 million migrant and undocumented workers in Canada. They complained of living their lives in fear, of being constantly apprehensive about being kicked out of Canada, of not being able to access health care, of their lengthy separation from their families, of anxiety of losing their jobs and not being able to find other ones, of their dread of facing homelessness if they lose their employer-based housing, and of not having a say about their lives in Canada and not being able to vote. They asserted that racism was involved and that they were being discriminated against.

A Canadian study published by the Canadian Institutes of Health Research in 2010 found that, “Unlike the U.S., where undocumented migration is associated with clandestine border crossing, in Canada, the majority of currently undocumented migrants initially entered through authorized legal channels, including refugee claimants, sponsored immigrants, or as individuals with valid student, work, or visitor visas.” Statistics on these individuals are hard to come by. However, if the Canadian undocumented immigrant problem is anything like the U.S. one, (and anecdotal evidence suggests it is), most of these people have been in Canada for a long time, often—over ten years.

A few years ago, a unique problem did arise when many undocumented immigrants crossed into Canada on foot at U.S. non-traditional border crossings, some even paying to be smuggled into the country. Part of the problem had to do with President Trump’s harsh enforcement measures being taken against undocumented immigrants in the U.S. At the problem’s peak, a 2018 an Angus Reid Institute poll found that two thirds of those polled thought that the situation constituted a “crisis” and that Canada’s ability to handle the situation was “at a limit.” Since then, however, that problem died down with the spread of the Covid-19 pandemic and the election of President Biden.

There were past amnesties in Canada for undocumented immigrants. The last one was in 1972 when Prime Minister Pierre Trudeau was in office. But more recent talk about granting irregular immigrants an amnesty has met with stiff opposition because it was felt that it would be fundamentally unfair to reward those who broke the law while others who obeyed the law are disadvantaged. The argument has been that, in the absence of a secure border, such an amnesty would only serve to attract more illegal immigrants since they would see that it doesn’t pay to abide by the law and wait their turn to come to Canada. This is still a prevalent view in Canada.

If an amnesty is out of the question, then what should we do with these long-term undocumented persons? And how do they fit into Canada’s plans to deal with other bona fide refugees on the country’s doorstep, such as the Afghans and Ukrainians?

Those familiar with past Canadian immigration law will recall that a few decades ago, Canada had a means of dealing with such undocumented immigrants. The method was to grant those who were present in Canada for over 10 years permanent resident status as de facto residents. The provision was resorted to for several reasons. For one, it was felt that there was a point beyond which an illegal immigrant’s contribution to this country outweighed the harm done. For another, de facto residence recognized the impracticality of deporting them. Consider that deportations would require hearings in courtrooms with judges, prosecutors, defense counsel as well as the persons concerned all trying to coordinate their calendars to schedule mutually agreeable dates before the undocumented immigrant could be removed. Multiply that by some 1.6 million cases and you have a good idea of why legally it was impractical. Besides, like in law where there are limitation periods associated with prosecutions of offenders, fairness required some means for certain long-term residents to make amends. There was also something in ancient script about those without sin casting the first stone.

The Road To Redemption

Nonetheless, with all the good will towards undocumented immigrants we might muster, some will argue it is still unfair to allow them to jump the cue and benefit from their illegality. But there are ways to address those concerns. Some might include requiring applicants to pay all back taxes, if any, and to pay a fine. Clearly at least an RCMP police clearance should be involved. But perhaps the best condition would be to require such applicants to do say, 500 hours of community service tackling some of Canada’s biggest challenges. These might include volunteering in nursing homes, hospitals and schools, helping deliver meals on wheels for the disabled, shoveling snow and cutting lawns for shut-ins, picking up litter in public areas, cleaning off graffiti, sprucing up public parks, helping in soup kitchens and visiting the isolated elderly. Assuming such steps are taken, such a community service measure would turn the long-term undocumented immigrant population into a huge army of community workers who through their labor could earn the right to come out of the shadows of illegality to join society in legal status while in the process helping to alleviate many social ills plaguing our society. Such community service would be particularly helpful in the years ahead as our aging population becomes more and more in need of help.

In short, we can either ignore the problem as it grows larger and increasingly undermines our democratic institutions, or we can deal with it head on. A wise approach would be to address the problem and set up a program to deal with it from now on.

Andy J. Semotiuk is a Canadian and U.S. immigration lawyer. A founding member of CILA, he practices with Pace Law Firm in Toronto. Mr. Semotiuk is a contributor to Forbes where he writes about immigration issues and his articles have been read by over one million readers.