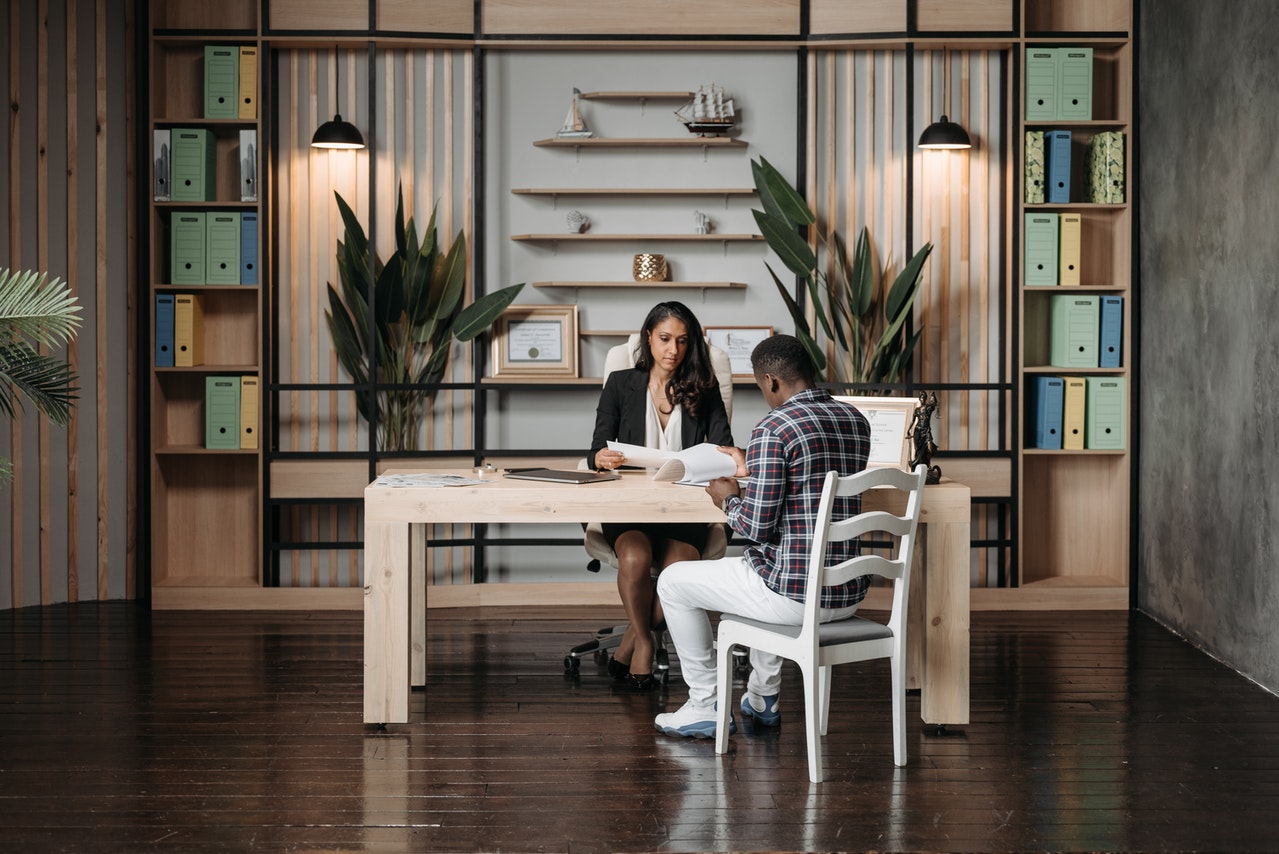 How can the Canadian immigration bar help bring about impactful change on IRCC’s backlogs?

I would like to reflect on what seems to be a perpetual problem of expanding and uncontrolled inventory levels across various Immigration, Refugees and Citizenship Canada (IRCC) streams. It seems the simplest solution to the processing abyss that applications sometimes go into, despite reported average processing times, is to control the intake so you can deliver on the promised service standard. Yet, year after year, we watch IRCC introduce various programs with uncontrolled intake quotas, that often wreak havoc on the lives of applicants left in limbo when the reported processing times are exceeded. I propose that it is time for the immigration bar to think creatively in our efforts to have IRCC address this reoccurring issue of consistent and transparent processing times.

There is no question that an unlimited intake of applications can cause significant backlogs given limited annual processing quotas or “targets” for each stream. IRCC has grappled with this problem many times over and engaged in significant trial-and-error remedies. Some notable examples of inventory backlogs in the last 10 years are the Federal Skilled Worker Program (“FSWP”), the Federal Immigrant Investor Program (“FIIP”), the Parents and Grandparents Program (“PGP”), and the Federal Self-Employed Program (“FSEP”). Despite the experience of these programs, IRCC continues to introduce some program streams without caps on intake, causing significant backlogs. I believe this intake method is irresponsible at best or outright unconscionable. I would argue, however, that aside from the moral outrage, IRCC’s conduct is legally compensable. While past challenges to IRCC backlogs by the immigration bar have focused on challenging the reasonableness of the decision-making process or the lawfulness of the decisions, I propose taking a page from the handbook of our civil litigation colleagues, as explained below.

Most remember all too well that IRCC’s solution to the significant FSWP and FIIP inventory backlogs was to simply close all pending applications that had not yet received a selection decision.  Colleagues litigated the file closures on a variety of fronts with the end result that the Court confirmed IRCC’s right to do so, even where it could be proven that the closures had disproportionately discriminatory effects. Moreover, that only certain visa offices were significantly impacted by backlogs by virtue of their file allocations. The closures were, of course, devastating to applicants who had been waiting their turn, some for as long as 8 years or more.  After many long years of their lives being in limbo, they were told to simply start over.

We have also witnessed significant backlogs with the PGP that had multi-year processing times, again with some reaching 8 years or more. IRCC’s approach here was to pause the program intake, and later extend it, to work through the inventory. The impact with this approach was that, sadly, many applicants passed away while awaiting processing.

The less known example, given the relatively lower volume of applications, is the FSEP inventory at certain visa posts. Some of you may know, for example, that there was a relatively large inventory of FSEP applications at the Ankara visa post by 2017/2018.  Instead of terminating the applications in the inventory once again, (which the Courts confirmed IRCC has the legal right to do when transparent), it instead seems to have engaged in what I argue, (as counsel for a group of more than 100 litigants challenging the refusal of their applications), to be the arbitrary and procedurally unfair systemic refusal of their applications (the case is to be heard June 13-16, 2022).  The evidence therein, (comprised of ATIP results and a statistical analysis of the reasons for refusal of the 100+ litigants, representing about a quarter of the transferred inventory), confirms that on accumulation of inventory, the visa post began refusing applications without adherence to standard procedures, such as document requests and interviews.  The evidence reveals that in many cases, officers purportedly reviewed application materials of several hundred pages (many 400+) in the span of a few minutes of each other. While IRCC argues that there were no nefarious intentions to “close” the applications, while these applications were refused based on undisclosed changes to the evidentiary requirements of the program, it sure seems to look like an effort designed to cull the backlog.

The FSEP inventory management is particularly egregious because it left applicants in the dark about the true reasons for their refusals. Individually, applicants have not and would never have been able to discover the problem, and efforts to challenge the refusals on judicial review would have, and has, led to decisions upholding the refusals. It is only a statistical comparison of the refusals, coupled with the ATIP disclosures, that brought to light what seemed to be a processing issue salient to all refusals. This matter is presently before the courts (Tafreshi v. M.C.I. IMM-2767-18; please contact admin@jafarilaw.ca for questions).

FSWP closures led IRRC to introduce Express Entry in January 2015, a system that permits IRCC to control the inventory level of pending applications.  IRCC has experimented with similar systems for selecting applicants under the PGP in the interim years. While these programs each have their own problems in terms of who is invited to participate, the benefit of these systems is that IRCC controls the inventory and applicants know whether their case will be processed and approximately when.

IRCC is considering all options for the FSEP as well. At a minimum, it suspended the intake of the most problematic of the FSEP streams, the farmer category, in March 2018.

The introduction of the Start Up Visa Program (“SUVP”), however, suggests that IRCC has not learned important lessons and is continuing to upend the immigration plans of business applicants. The SUVP was initially advertised as having a 6-month processing time. It presently posts a processing time of 31 months. It boasts these processing times, with weekly updates confirming the “currency” of the reported processing times. Yet an ATIP disclosure released by Lexbase on the present inventory level of this program confirms that the actual processing time of its current inventory at existing quotas or allocations will be over 5 years.  This means that we will likely see another radical measure by IRCC to eliminate the growing backlog, whether done in an upfront manner such as with the FSW and Quebec closures or in an artful manner like the FSE “refusals”.

How can we, as an immigration bar, help bring about impactful change?

All this leaves me wondering how it is possible that IRCC hasn’t learned the need to manage intake so that applicants know where they stand and what they can expect in terms of processing times and outcomes. More importantly, why is IRCC not reporting accurate processing times so that applicants can make an informed decision as to whether they want to initiate such an application? How can applicants and their counsel rectify the frustration that is experienced when IRCC unexpectedly “pulls the rug out from under them” by assessing the applications at the convenience of the Department?  The SUVP’s growing inventory may give us a distinct opportunity to challenge IRCC’s handling of the intake, albeit on the backs of the hundreds of applicants who will unknowingly be sitting in the processing cue for years to come.

If you are not familiar with the SUV Program, briefly speaking, it requires applicants to have a “novice” business idea that they want to introduce to the Canadian market, with designated organizations being approved by IRCC for vetting those business ideas. Where the designated organization approves the business idea, they provide a letter of support, which then allows the individual or group of applicants (up to 5 applicants permitted per group) to apply not only for permanent residence but also for an interim work permit.

Given the time-sensitive nature of developing and growing these novice business ideas, the “sell” is that the work permit will allow them to come to Canada to start the business venture immediately, while they wait a short time for finalization of their permanent residence applications. As work permit applications generally take several months to process from most visa posts, the expectation under the SUVP is that applicants would spend only a short time as temporary worker until receiving a decision on their permanent residence application.  This makes sense for this type of program, as it is a well-known and recognized by IRCC, that close to 90% of startups fail. So, unless the permanent residence applications are processed simultaneously with launching the startup, the business may not be operating (given the existing inventory and IRCC levels plan for this stream) by the time an SUV application is finalized. As IRCC’s response to the FSEP inventory has demonstrated, the goalposts for demonstrating program eligibility requirements may change without notice. This might include the continued viability of the business at the time of assessment, and officers may very well refuse applications despite applicants having done their part pursuing the business venture.

Whichever of the three approaches to clearing the backlogs that IRCC pursues with the SUVP, the backlog continues to grow. As such, counsel should be proactively considering whether litigation can be used to protect the interests of those applicants that in good faith made applications expecting reasonable processing of their applications. Given IRCC’s track record on backlogs, it is not unrealistic to expect that these cases may be dismissed if the program closes, dragged out over many years or refused, whether based on change of circumstances in the intervening years or a through systemically problematic decision-making model, as with the FSEP cohort. Counsel should prepare to challenge the decisions and work together to identify strategies in terms of selection of lead cases and preserving (or even creation) of evidence in the interim years. The immigration bar could consult with colleagues specializing in civil litigation to explore avenues for holding IRCC accountable to its posted processing times. As processing times reportedly reference the average processing time for 80% of applications, it is possible that civil liability attaches, where IRCC’s internal data proves that existing quotas for this stream, versus the growing inventory, prove that the 80% processing time benchmark was never achievable. If this is true and IRCC knows that its posted processing time are not reasonably accurate, there may be other remedies available to clients or strategies to advocate for these applicants. This may be a situation where there is strength in numbers and the immigration bar could work together to ensure clients are accorded fairness in all aspects of processing including reasonable expectations of posted processing times.

How can the Canadian immigration bar help bring about impactful change on IRCC’s backlogs?